In Linosa, shearwaters nest mainly in lava rocks of the northern coast, an area called Mannarazza. The association, together with students and volunteers, follows the breeding success of pairs by monitoring approximately 500 nests annually. These nests have been selected for their accessibility geo-referenced and individually labelled with a metal tag. For each nest, the two reproductive adults forming the pair were ringed and their biometric measurements taken (beak length, thickness, and weight of the animal). The occupation of the nest by the same individuals or new ones is checked every year during the laying period which starts from around mid-May. Moreover, for each pair/nest we record data on the laying date, hatching date (starting from mid-July) and thefledging of the juvenile (from mid-October), which is ringed a couple of weeks earlier. In case of breeding failure, we take note of the causes that has determined it. These causes can be natural, such as an unfertilized egg, or caused by other factors, like predation by introduced species, such as rats and cats.

Since 2010 when we have started the monitoring activities, more than 6,500 shearwaters have been ringed around 4,000 adults and 2,500 juveniles. About 2,000 shearwaters have been handled at least once. Of interest it is the female shearwater with ring TH4315 from nest 25, which has been handled 30 times in the last 15 years. Assuming that at the time of ringing she was already in reproductive age, we can estimate that today, she is at least 22 years old! 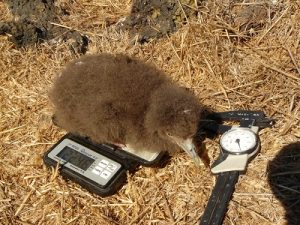 The Scopoli’s shearwater is a pelagic seabird living in colonies that only lands during the breeding season and it is part of the Order Procellariiformes. The scientific name of this species has been recently updated and refers to birds nesting in the Mediterranean islands, separating them from those nesting in the Atlantic Ocean (Cory’s shearwater or Atlantic shearwater) based on genetic differences. Shearwaters are philopatric, always returning to breed in the same colony, generally the one where they were born and once the breeding pair is formed, the individuals always return to the same nest. Shearwaters have long-lasting pair bonds. They lay one single egg per breeding season and both parents alternate in brooding and chick rearing. They are long-lived seabirds and can live up to 50 years! They do not show sexual dimorphism, so it is not easy to distinguish the male from the female. The male is usually larger and heavier than the female, and they also have a very distinctive song

They do not show sexual dimorphism, so it is not easy to distinguish the male from the female. The male is usually larger and heavier than the female, and they also have a very distinctive song.

Since ancient times, shearwaters have been protagonists of mythological tales narrated by the first Greek sailors, like the one of mermaids, half-bird and half-woman creatures. The mermaids (i.e. shearwaters) with their irresistible nocturnal songs used to enchant and attract sailors towards the coast, with the risk to crash their boats on the rocks. Indeed, at night when shearwaters are at the colony, or when in rafts at sea (characteristic groupings of the breeding period, where shearwaters rest after foraging trips, clean their feathers until the night falls) produce strong vocalisations that resemble indistinct human voices of kids and women at a distant. Shearwaters are also mentioned in the Odissey, in fact Ulisse meets mermaids while sailing along the coasts of Calabria towards Sicily.

Let Us Know you agree to Cookies
To provide the best experiences, we use technologies such as cookies to store and / or access device information. Your agreement to these technologies will allow us to process data such as browsing behaviour or unique IDs on this website. If you do not agree or withdrawing your consent may adversely affect some features and functions.
Manage options Manage services Manage vendors Read more about these purposes
Visualise preferences
{title} {title} {title} 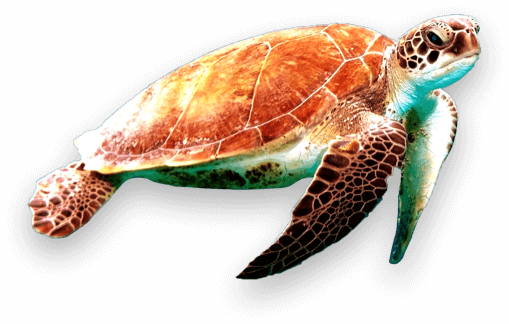 Help Us Save The Ocean